I had so much fun doing the dim sum book tag last week that when I saw Sydney @ Fire and Rain Books had done this particular one, I couldn’t resist trying it out for myself. I absolutely love Disney so why not blend it and books together? This wonderful tag is the product of a collaboration between the lovely Zuky from BookBum and Mandy @ Book Princess Reviews. Great job guys!

So without further ado, let the tag begin!

This Book (Like the Movie) Started It All: Favourite Debut Book from an Author

Harry Potter and the Philosopher’s Stone (J. K. Rowling): Yes, it’s a super cliché and obvious answer but I don’t think I’ll ever love a debut from an author as much as I did HP when it was read to me at age six.

A Diamond in the Rough: Just Like Cinderella, You Either Didn’t Expect Much Out of this Character in the Beginning but they Turned Out to be a Total Gem

Gilbert Blythe – Anne of Green Gables (L. M. Montgomery): When we’re first introduced to Gilbert he’s a typical, annoying schoolboy. He calls Anne names, tugs on her hair, and becomes her biggest rival at school. Eventually though he ends up being one of the best and most loveable characters in the series. Anne ❤ Gilbert forever basically.

Sleeping Beauty: A Book that makes you Sleepy or Just Could Not Hold Your Attention

Unearthly (Cynthia Hand): I just couldn’t really get into this one. I did manage to finish it but unfortunately I found the characters kind of boring and the story lacking. Today I barely remember anything about it, it was that unmemorable.

Under the Sea: A Book with a Water/Ocean Setting

Voyager (Diana Gabaldon): Okay, I seriously struggled with this one because basically nothing I read is set on around the water/ocean. Note to self: read more pirate and mermaid books. However, in this book Jamie and Claire spend some time travelling across the ocean to Jamaica and then eventually to America.

Beauty and the Books: Name a Book with the Best Bookworm/Book Lover

Irene – The Invisible Library (Genevieve Cogman): Ordinarily I’d answer Hermione for this one but just for something different, I’ll say Irene. Irene has devoted her entire life to books, so much so that she’s actually lived inside a magical, interdimensional library. This is a woman who’ll fight off fey, dragons, werewolves and God knows what else just to get a rare copy of a particular book. Not only is she awesome but she seriously loves books!

The Thief and the Princess: Name Book with an Unlikely Love Story (Either In Terms of Romance or a Book You didn’t expect to Love So Much)

Illuminae (Amie Kaufman & Jay Kristoff): I’m usually not much of a fan of books that like to play around with writing styles. I was super nervous when I bought Illuminae because I’d heard wonderful things about it but even just flipping through I could see that it had some weird things going on. I ended up loving it and have recommended it to people ever since.

The Real Life Princess: Name a Book that is based on a Real Life Person you Want to Read/Have Read

The Princess Diarist (Carrie Fisher): I don’t usually do non-fiction, however, I really love the Star Wars films and Carrie was always someone who really didn’t seem to give a damn what people thought of her. She was strong, sassy, and very intelligent. I think this would be a really fun and interesting read.

The Princess That Saved Her Country: Name the Fiercest Heroine You Know

This one was so hard because I’ve read about so many amazing heroines, I even did a post about them a little while back. So I’ll just mention two super awesome ones.

Alanna – Song of The Lioness (Tamora Pierce): Alanna disguises herself as a boy for several years so that she can learn to become a knight. She fights in a war, recovers magical artefacts, saves the royal family from a wicked sorcerer, and wins the hearts of both a prince and a thief.

Lila Bard – A Darker Shade of Magic (V. E. Schwab): She’s a thief, an adventurer, a pirate, and a magician. Doesn’t get any more amazing than that.

The Princess with the Coolest and Most Diverse Crew: Name a Diverse Book whether it is a Diverse Set of Characters (Like Tiana’s Group of Naveen, Louis, Ray, And More) Or Just Diverse in General

The Dregs – Six of Crows (Leigh Bardugo): I know, I use this one a lot in my lists but I just love it so much! Each of the members of the Dregs are so different and yet they work together super well – a calculating thief, a silent spy, a religious convict, a gambling sharpshooter, an aristocratic runway, and a witch with a love for waffles. Such a wonderful cast of characters.

Let your Longggggg Hair Down: Name the Longest Book You’ve Ever Read

I’ve read quite a few long ones but try to avoid doing it too often. They take a lot out of me! Here are some of the biggest: 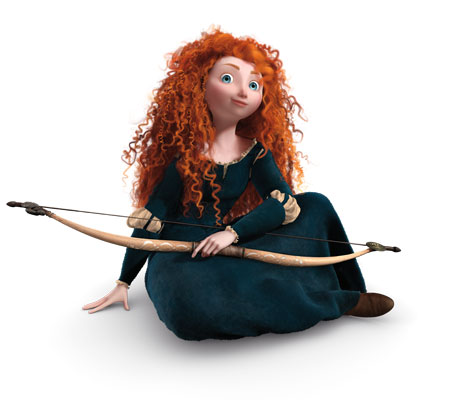 I determine my Own Fate: A Book Where There is No Love Story/Interest or Isn’t Needed

This Savage Song (Victoria Schwab): Okay, so I haven’t actually read this one yet but I definitely have plans to get to it very, very soon. From what I’ve heard it focuses on a friendship between the two main characters rather than a romantic relationship which is kind of a nice change with all the romance you find in YA these days.

Frozen Hearts: A Book in a Winter/Cold Setting

Shiver (Maggie Stiefvater): I feel like this one speaks for itself just from the cover and title.

How Far I’ll Go: A Character that goes on a Journey

Rose – Blood Promise (Richelle Mead): I love the VA books and I’ll admit that this one grew on me a lot more the second time I read it. Perhaps being older helped. Rose heads over to Russia in search of Dimitri. She travels across the country meeting new people and dealing with the fallout from the previous book.

Hurrah! All done. There were some really hard ones in there that I wasn’t expecting to be challenging when I decided to do the tag. Apologies for the lack of book covers, they just kept completely messing up the layout.

Seeing as this is a bit of an older tag, I tag whoever wants to have some Disney Princess and bookish fun. Go for it!

So, this is finally happening.
Pretty in pink. 🌷
Finished 2021 off on a high, thank god, with Crying in H Mart. I don’t know whether I want to give Michelle the biggest hug imaginable or ask her to take me out for an enormous Korean dinner. Maybe both.
I can’t believe we’re almost at the end of 2021. This year somehow feels like it’s gone by quickly and agonisingly slowly at the same time. I’m sure most of us will be happy to leave it behind and move on to something new.
Sometimes you just need a book about a group of friends murdering one of their circle and then completely self destructing in the aftermath. Or is it just me?
I’m thinking that this little beauty might finally be my next read. Every time I’m in the middle of a book, I’m super keen for One Last Stop and then when the time comes to actually start another book, I’m no longer in the mood. *sigh* However, I’m determined to read it before the end of the year! Fingers crossed for a 5 star rating like RW&RB.
Follow The Infinite Library on WordPress.com
Loading Comments...