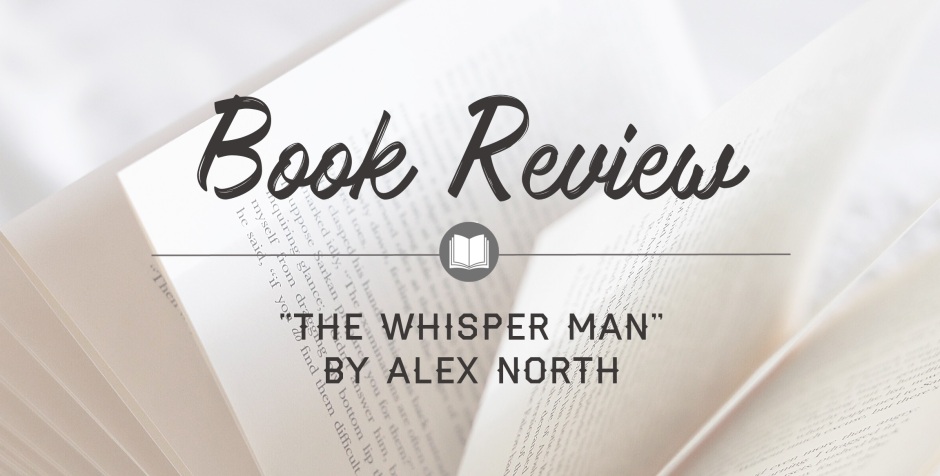 One of my bookish resolutions for 2020 was to read more broadly than my constant marathon of fantasy and YA contemporaries. Cue: The Whisper Man by Alex North, a crime/thriller novel with an intriguing premise, rumoured to be a little bit creepy, and featured on quite a few people’s top ten lists of 2019.

“If you leave a door half open, soon you’ll hear the whispers spoken.
If you play outside alone, soon you won’t be going home.
If your window’s left unlatched, you’ll hear him tapping at the glass.
If you’re lonely, sad, and blue, the Whisper Man will come for you.”

The novel is set in the small town of Featherbank in which a young boy named Neil Spencer has recently been abducted after hearing whispers at his bedroom window. The kidnapping is deeply unsettling for police as twenty years ago a serial killer with the same MO named Frank Carter, and known as ‘The Whisper Man’, was arrested. The body of his final victim was never found and at the time, the lead inspector on the case, DI Pete Willis, believed Carter might have an accomplice. Shortly after Neil’s disappearance, Tom Kennedy and his seven-year-old son, Jake, move to town, hoping to find a new start following the death of Jake’s mother, Rebecca. However, to Tom’s dismay, Jake soon begins acting strangely – talking to invisible children, sleepwalking, and spouting information he shouldn’t know. But then Jake, too, begins to hear the whispering.

More Than Your Standard Police Procedural

While TWM is marketed as a fantastic crime novel, and its mystery elements are definitely solid, where this book excels is its focus on themes like parenthood, specifically the relationship between fathers and sons, grief and trauma.  The key relationship here is between Tom and Jake. Several months after Rebecca’s death, Tom and Jake are both grieving in different ways and struggling to understand one another. Tom loves his son and desperately wants to connect with him but at the same time he’s also learning to be a single parent and dealing with the complex emotions associated with his loss. He worries about Jake fitting in and dealing with finding Rebecca’s body but more that he’s doing the right thing by Jake in terms of his parenting. His struggles also inevitably make him think about his problematic relationship with his own father.

The characters in TWM are fleshed out and feel like real people, with all the flaws and failings that come with it. As a reader, we genuinely feel and understand Tom’s conflicting emotions of sadness and anger over his wife’s death, Jake’s guilt in being what he feels is a disappointment to his father, Pete’s struggles not to give in to his alcohol addiction, and DI Amanda Beck’s desperate need to do the right thing by Neil Spencer and his family. The book shifts perspectives between each of these characters, and later the killer, in a very fluid and easy to follow way.

Enjoyable but Not Gripping

In terms of the mystery itself, I found it mildly enjoyable but not to the level hype had set my expectations. However, I feel as though this is likely more a case of ‘it’s not you, it’s me’. As I mentioned above, TWM is about more than just an investigation. In order to facilitate this (and because there are points where the police are low on leads), the pacing is slower for large sections. It’s almost as though the mystery takes a back seat to character development and exploring the book’s overall themes, which is fine but not what I was anticipating.Something I also really enjoy in my thrillers/mysteries are intense moments and big/smart reveals. TWM does have a few creepy and dramatic moments, and the later chapters are certainly fast paced, but the majority of the reveals didn’t really encourage a reaction from me more than, ‘Okay, I’m cool with that. That makes sense’. Overall, I can say I was consistently interested in what was happening but not necessarily glued to the page, on the edge of my seat, waiting to see what would happen.

TWM also includes a potential paranormal plotline. Having gone into this book expecting a gritty murder mystery grounded in reality, this was a surprise for me, but one I really enjoyed. This part of the story revolves around Jake and his tendency to see and speak to children which no one else can. Jake also often says things that make Tom wonder where he would have picked up the information. This complication added an extra dimension to Jake and Tom’s relationship and really enriched the sections of the novel from Jake’s perspective. They also tie in nicely to the overall mystery narrative, making certain moments that little bit more emotional and dramatic.      ﻿

All things considered; I liked this one. It was well written and I’d probably read another book from the same author in the future.

2 thoughts on “Lock Your Doors, Latch Your Windows: The Whisper Man by Alex North”

Q: What is a hyped series that you didn’t end up vibing with?
“Blink and you're twenty-eight, and everyone else is now a mile down the road, and you're still trying to find it, and the irony is hardly lost on you that in wanting to live, to learn, to find yourself, you've gotten lost.”
Is anyone keen to watch To All the Boys 3? I am! 🙋‍♀️I had some issues with the second movie but I’m hoping this one will be closer to the first one in terms of enjoyment. I haven’t read the books in a while but I do remember Peter acting like a selfish ass in this one. Teenage boys... 🤦‍♀️
It’s always a good day for a book stack rainbow 🌈. I feel like so many of the books I’ve bought recently have been black or at least fairly dark in colour. Bright colours on my shelves always cheer me up so hopefully the next few I buy are a bit more vibrant.
★ ★ ★
I feel like I haven’t raved about this series enough so I’ll rectify that now. These books are amazing 😍 . The writing, characters, world building, pacing, action, all of it is just A+, chef’s kiss perfection. 👌 It’s an emotional roller coaster but so worth it. I still can’t believe this was Rebecca Kuang’s debut. Like, how does one come out of the gate that strong??!!
Follow The Infinite Library on WordPress.com
Loading Comments...
Comment
×
%d bloggers like this: