2018 is coming closer and closer to the end and here I am with another three 2019 releases to get excited about and or possibly bemoan the wait period for depending on whether you’re a glass half full or empty kinda person.

A Curse so Dark and Lonely – Brigid Kemmerer | 29th Jan

Fall in love, break the curse.

It once seemed so easy to Prince Rhen, the heir to Emberfall. Cursed by a powerful enchantress to repeat the autumn of his eighteenth year over and over, he knew he could be saved if a girl fell for him. But that was before he learned that at the end of each autumn, he would turn into a vicious beast hell-bent on destruction. That was before he destroyed his castle, his family, and every last shred of hope.

Nothing has ever been easy for Harper Lacy. With her father long gone, her mother dying, and her brother barely holding their family together while constantly underestimating her because of her cerebral palsy, she learned to be tough enough to survive. But when she tries to save someone else on the streets of Washington, DC, she’s instead somehow sucked into Rhen’s cursed world.

Break the curse, save the kingdom.

A prince? A monster? A curse? Harper doesn’t know where she is or what to believe. But as she spends time with Rhen in this enchanted land, she begins to understand what’s at stake. And as Rhen realizes Harper is not just another girl to charm, his hope comes flooding back. But powerful forces are standing against Emberfall . . . and it will take more than a broken curse to save Harper, Rhen, and his people from utter ruin.

Anyone who knows me well knows that I love Beauty and the Beast. LOVE. While there have been quite a lot of retellings of it over the years (some better than others), based on the blurb, this one sounds great. Also, a strong, modern heroine with a disability? Um, yes! I’ve seen a few really positive early reviews so I’m hoping this will end up being a winner. However, my one nagging feeling is that someone mentioned that if you liked A Court of Thorns and Roses, you’d enjoy this one. Even though I ended up really loving that series, the first book was a bit average for me. Guess we’ll see.

Nikolai Lantsov has always had a gift for the impossible. No one knows what he endured in his country’s bloody civil war—and he intends to keep it that way. Now, as enemies gather at his weakened borders, the young king must find a way to refill Ravka’s coffers, forge new alliances, and stop a rising threat to the once-great Grisha Army.

Yet with every day a dark magic within him grows stronger, threatening to destroy all he has built. With the help of a young monk and a legendary Grisha Squaller, Nikolai will journey to the places in Ravka where the deepest magic survives to vanquish the terrible legacy inside him. He will risk everything to save his country and himself. But some secrets aren’t meant to stay buried—and some wounds aren’t meant to heal.

Another big name release that I couldn’t resist including. At the beginning of this month I re-read Shadow and Bone and then actually made it the rest of the way through The Grisha trilogy. Now, like everyone else, I’m so excited for this one. Pretty much everybody who reads the Grisha books falls in love with Nikolai and although he was different to what I expected (in a good way!), I did too. It’ll be great to see him take centre stage this time and find out how he handles Ravka after everything that happened with Alina and The Darkling. He’s also got some trauma of his own to process, too, so that’ll be interesting. Even better, both Zoya and, love of my life, the waffle queen herself, Nina Zenik, will be in this series. I’m sure there’ll be a love interest there somewhere. Unsure how I feel about it though. Regardless, hurry up January! 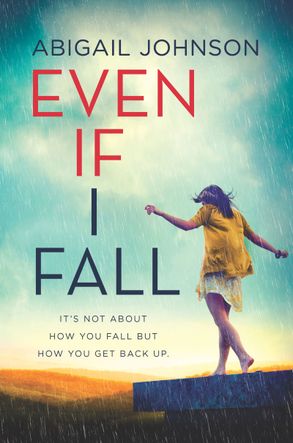 Even if I Fall – Abigail Johnson | 8th Jan

A year ago, Brooke Covington lost everything when her beloved older brother, Jason, confessed to the murder of his best friend, Calvin. Brooke and her family became social pariahs, broken and unable to console one another. Brooke’s only solace remains the ice-skating rink, where she works but no longer lets herself dream about a future skating professionally.

When Brooke encounters Calvin’s younger brother, Heath, on the side of the road and offers him a ride, everything changes. She needs someone to talk to…and so does Heath. No one else understands what it’s like. Her brother, alive but gone; his brother, dead but everywhere. Soon, they’re meeting in secret, despite knowing that both families would be horrified if they found out. In the place of his anger and her guilt, something frighteningly tender begins to develop, drawing them ever closer together.

But when a new secret comes out about the murder, Brooke has to choose whose pain she’s willing to live with—her family’s or Heath’s. Because she can’t heal one without hurting the other.

So, I’m pretty sure this book is going to cause some intense heart break. It’s got deep, emotional YA contemporary written all over it but at the same time there’s a bit of a mystery element which I’m really here for (please don’t be disappointing!!). I really like this idea of showcasing human connection and compassion with regards to such a super complicated relationship. I mean, if someone’s sibiling had murdered your brother, the last thing you’d want is to hang around with them as a constant reminder of that fact. At the same time though, it’s not their fault. Ah! This is going to be so messy.

Are any of these on your 2019 TBR? Or if you’ve been lucky enough to get your hands on an ARC, how was it?

3 thoughts on “Upcoming Releases to Get Excited About | Part 2”